A Place to Learn and Create!

A fun and exciting Web site dedicated to educating and inspiring quilters of all skill levels.

Open the door to creative possibilities, and fabulous projects. From a quick 20-minute easy-to-make gift to an entire weekend quilt top, there is something here for everyone!

A fun and exciting Web site dedicated to educating and inspiring quilters of all skill levels. Open the door to creative possibilities, and fabulous projects. From a quick 20-minute easy-to-make gift to an entire weekend quilt top, there is something here for everyone! 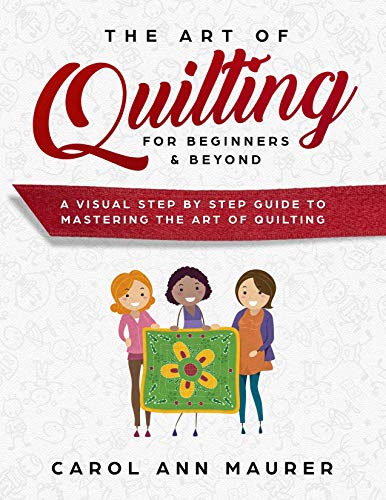 The Art of Quilting for Beginners & Beyond:

Carol Ann wrote this book with the beginner in mind explaining in detail quilting and sewing jargon. She included over 140 pictures with explanations of various steps in quilting. The book was designed for the beginner but it also transitions into an advanced level of quilting so readers can follow and achieve a higher level in their quilting experience.

This book teaches you to “begin with the end in mind”; to plan to finish your quilt and to learn about techniques that you think may be out of your skill level. 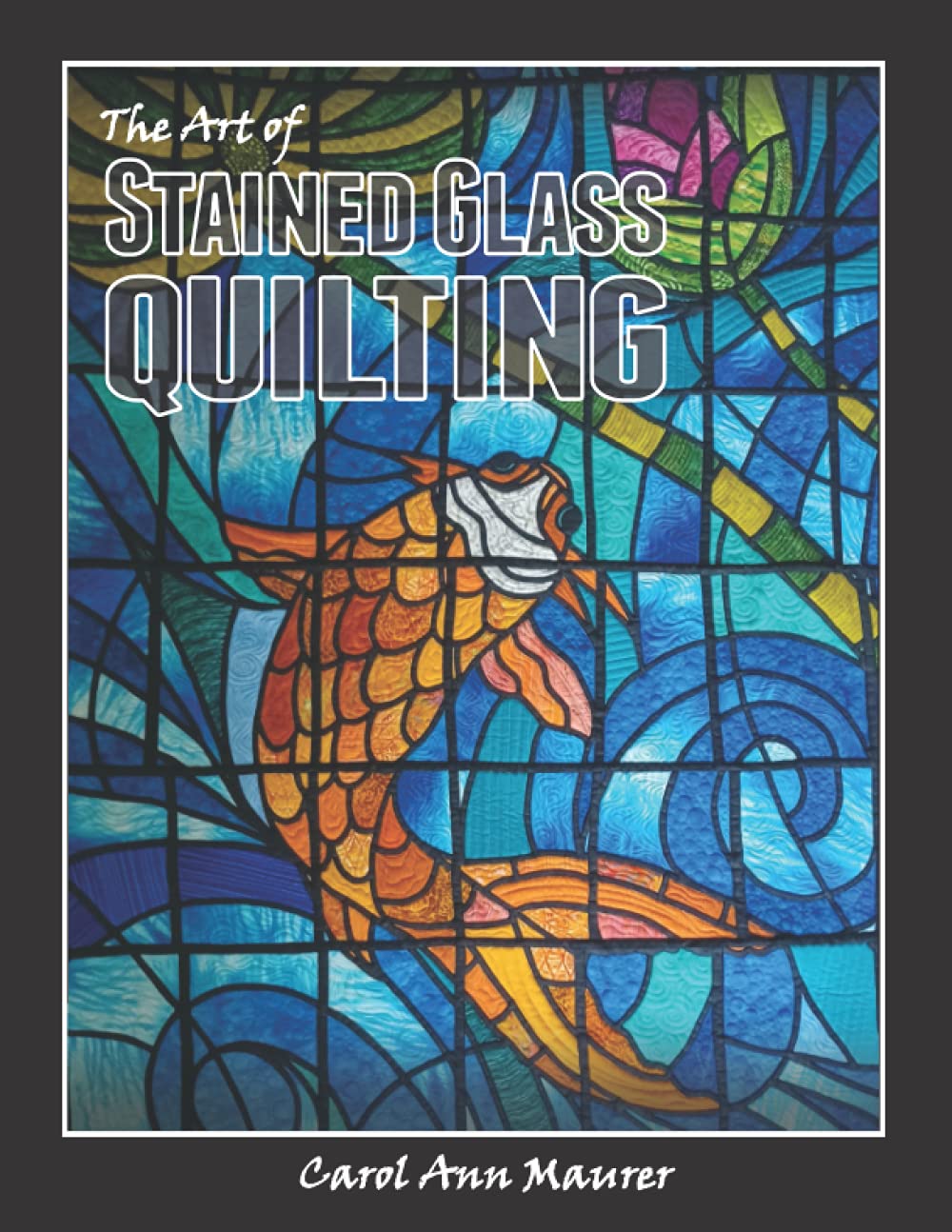 The Art of Stained Glass Quilting

How do you combine a love for quilting and marry it with stained glass?

In this book, I go over pattern selection, fabric choices, and the steps to make your very own sample from the patterns included in this book. 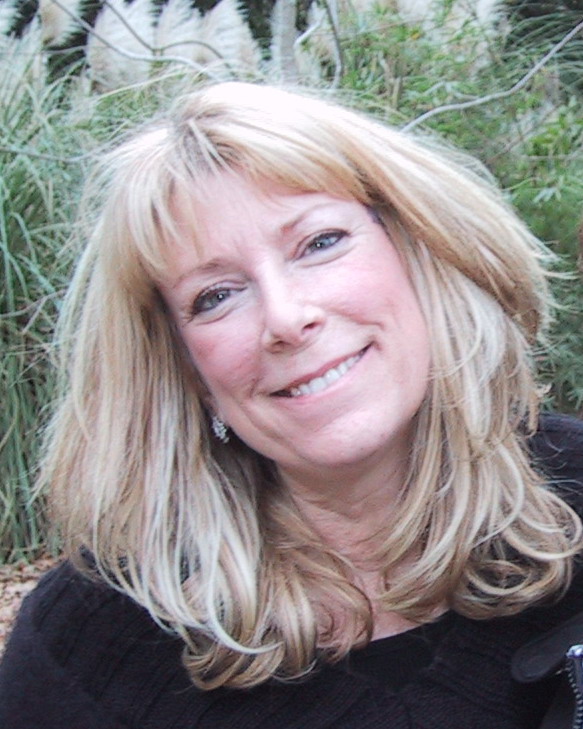 Carol Ann has a background in medicine with a specialty in Emergency Trauma, went to Anesthesia School, and worked as a nurse anesthetist in the OR. Later on in her career, she became a hospital director at Memorial Hermann Memorial City Medical Center in Houston, Texas.

Carol Ann has been quilting since 1988. Color and design intrigued her so she went back to school to study architecture and interior design for fun.

After marrying her husband Harry, (an entertainer) she joined him on his world tours, and while they were living on the Island of Bermuda Carol Ann started quilting as a hobby to avoid Island Fever.

“It rained every afternoon for 51 days straight, but I didn’t notice,” she said, “Because I fell in love with fabric. And quilting!”

Upon her return to the States, she immersed herself in classes and workshops and even joined a guild, learning more and more from wonderful teachers and peers. "Never stop learning" is her motto!

When in Houston, she quilts with 2 bees, one for charity, the other for fun! She has also made 5 art quilts that were sold to raise money for Alzheimer’s research.

Carol Ann now does most of her quilting and pattern design on her computer that is placed conveniently next to her sewing machine. “If I get an idea, I can log it in right then and there”!

Carol Ann has taught at Lone Star College, Great Expectations Quilts, Time Treasured Quilts, Quiltworks, Sewing and Vacuum Warehouse, Sew Special Quilts, aboard the m/s Norwegian Dream, and Seven Seas Cruises (as well as in her own private studio). She lectures and does workshops for quilting guilds and other sewing groups.

She is a pattern designer for her own line, "Quilt*Magic" as well as Blue Wren Dies and Bold Notion Quilting.

She is the author of two books, one for beginners in quilting, the other is on stained glass quilts, and how to make them!

An adorable quilted witch with raffia hair, a cartoon face, and holding her own foundation paper-pieced Halloween quilt! She wraps around a cone and when untied, packs flat for easy storage or to be sent in the mail

A fun 4-hour class for a minimum of 3 students to a maximum of 20 students.

With the supply list and personal instruction, pre-printed face, hands, and miniature quilt are included. (Optional foundation-pieced miniature quilt pattern also included, is to be completed at home)

Booking comes with a full-color poster(s) to promote the class.

Perfect for “Christmas in July!” or Pre-Mothers Day this event brings shoppers into the shop!

Customers and students view the latest fabric lines while enjoying holiday music, and treats along with tea. Class includes a make-it-and-take-it gift craft/project appropriate for the Holiday--Quilted Christmas ornament, or Egg.

Booking comes with a full-color poster(s) to promote the class.

Take any stained glass pattern and make it into a quilt!

This is a 2-part class for a minimum of 3 students to a maximum of 10 students.

Day 2: Learning the technique of sewing the mimicked stained glass fabric into the lead lines of the quilt.

Perfect for “Christmas in July!”

These “no sew” quilted-looking eggs are very festive in a basket, hanging on a tree, or even attached to a gift!

Learn how to design a memory quilt, making the best of the photos you bring to class. There are different methods of transfer, so find out what suits your needs, and get the best results.

We will discuss resources for photo transfer, copyright laws, and how to obtain permission to print photos as well as other items, and finally embellishing your quilt for best results.

DESIGNING QUILTS ON YOUR COMPUTER!

This class is a cross-comparison lecture to help you choose the software you’ll enjoy using..... Look for future hands-on quilt design classes!

This quilt is designed by CHILDREN! It is comprised of artwork preserved in fabric. This class will help you work with children’s art and you will learn techniques to transfer them into a quilt large or small.

This class is 2 sessions.

The crayon quilt has endless possibilities for children’s art (and adults too!) Groups such as families, churches, schools, scouts... even birthdays and weddings can have a quilting event that young and old can participate in.

For this class “we” become the artist and will learn the techniques to color our way to a successful project that can you can teach to others! Learn how to make the quilt washable. 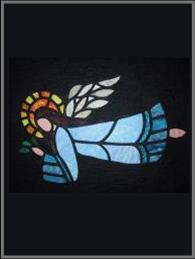 Christmas in July! You’ll want to start early perfecting this reverse appliqué technique so that everyone will have a beautiful handmade gift from you this holiday season. Imagine a mini quilt that looks like a leaded stained glass Tiffany! There are many new fabrics in the shops these days that mimic glass, just perfect for this technique. This small project can be completed in a weekend. This class is 2 sessions.

From the beginner to the experienced quilter, this quilt was started and finished in less than 6 weeks by a total beginner!

For a minimum of 3 to a maximum of 7 students.

Learn to be a designer! This 2-4-hour class will let you have computer “hands-on” or consultation in computer quilt design. No computer is needed – the instructor will provide a laptop and program. You will leave the class with a designed quilt, templates, yardage calculation, and fabric choice consultation.

Be on the cutting edge! See what your quilt will look like BEFORE you even cut into fabric!

Want to inquire about a class or lecture?

Feel free to contact Carol Ann using the form below and she will reply ASAP!